Stories from the Compactor Room 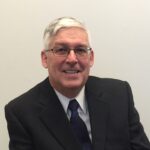 The Compactor Room sees garbage, lots of garbage. But every so often it sees something different.

The resident came to my office pleading for help.  He had dropped his fiancé’s $30,000 engagement ring down the garbage chute. He wanted me to find it. I was not about to root through garbage.

I told him I would have the superintendent isolate the garbage bin in a separate room, for safety reasons, and, tomorrow morning, he could look through it for as long as it took. I told him to go to Home Depot and buy a Tyvek throw-away suit and a pair of  cheap boots. I warned him that the bin was almost full and lots of the stuff in it was not properly bagged. It would be a dirty job. He understood but was determined to find the ring. I didn’t have the heart to ask why he dropped it down in the first place.

The next morning, he showed up at the moving room dressed in pyjamas and slippers. That was my first warning flag. I asked him why he didn’t get a set of throw away coveralls. He shrugged and said he didn’t need it. I gave him a spade to dig through the garbage and pointed to an empty bin for him to put the examined garbage it. We left him to his work.

In less than 30 minutes Security called to tell me he was finished. I was shocked he could find the ring that fast but sometimes you get lucky. When I asked to see the ring, he said he didn’t find it. I gave him a puzzled look and asked if he was abandoning the search. He said yes and the ring was insured. Second red flag.

After he left I turned to the superintendent and his assistant and told them they were welcome to search through the bin for the $30,000 ring and as far as I was concerned, finders keepers. LOL. I then said I would buy lunch if they found the ring as I was confident it was not in the bin. No one would give up after 30 minutes if they lost a $30,000 ring that was supposed to be a testament of their love for a woman. My staff decided not to search. So, perhaps, somewhere in Keele Valley Land Fill there is a $30,000 ring, buried with all the other interesting things that wind up in the garbage.

A few weeks later, another resident came to the office to advise he had accidentally dropped his false teeth down the chute in the last 5 minutes. Without waiting to laugh about it, I radioed the superintendent and asked him to immediately pull the bin. A few minutes later he walked into my office holding a set of false teeth in his rubber-gloved hands. We gave the teeth back to the resident and declared victory on that one. The teeth weren’t worth $30,000. They were priceless……to someone.

Then came the cowboy boots. A resident came to the office to tell me she “got pissed” at her husband and threw his brand new boots down the garbage chute. She was having remorse and asked if we could find her boots. I said no, but I would isolate the bin and she can dig through it looking for the boots. She reluctantly agreed. By now, I knew the drill and rovided a second empty bin to collect the searched material. Now that the statute of limitations has run out, I might acknowledge the fact we didn’t isolate the bin for an hour or so which meant it was pretty full by the time she started her search. And surprise, surprise another lost cause. She dug for awhile, probably an hour and gave up. I guess the husband didn’t need the boots or she realized they would be covered in god knows what and no one would want to wear them again. Which begs the question as to what the false teeth guy did to disinfect the teeth before he put them back in his mouth.

And finally, I got a call one day that the chute was blocked on the 13th floor. I went up in time to find the superintendent pulling out garbage till we could see a cord tied around the hydraulic on the chute door. I immediately went to the dark side and predicted we would find a stash of drugs someone had thought could be hidden in a garbage chute. After all, who would look there for drugs? But I was wrong. Some inconsiderate so and so had simply decided to dispose of a stand-up vacuum cleaner by dropping it down the chute in spite of signs requesting large items be brought to the ground floor. In fairness the sign didn’t say not to drop stand-up vacuum cleaners down the chute. It was more generic about large items. The power cord caught the hinge on the way down and hung there till it blocked bags of garbage and plugged the chute. Another disappointment and no one went to jail.

My last good story is a visitor to the compactor room one morning. Of course for certain animals or rodents the room could be considered a buffet. We have never had rats. So I was surprised when the assistant super yelled and ran out of the room. The big door was open and he was able to get outside.

We didn’t have rats but we did have a visitor. A possum. Turns out they can be quiet nasty and aggressive if you ask them to leave. Possums are very important creatures and we decided to wait him out. After a few hours he wandered out of the compactor room, across the parking lot and into the shrubbery adjacent to the park